Book your The Webster reservation on Resy 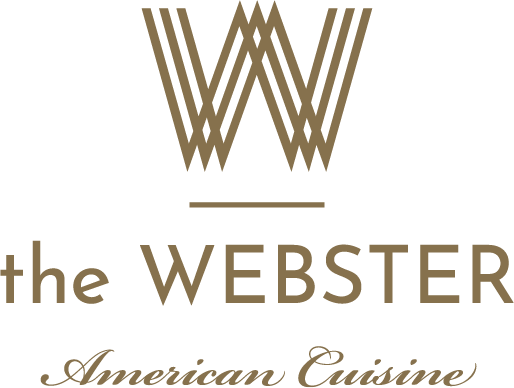 Here at the Webster, we have set out to reflect the bounty, warmth and charm of the Midwest. At our restaurant, luxury ingredients come together in a relaxed, family friendly, upscale atmosphere.

A look at any of our menu items reflect the theme of the current season. Though we don't limit ourselves to the strict confines of what is found on Iowa soil, there’s a stern commitment to using only what can be delivered with quality.

Select dishes will remain a constant on the menu and evolve throughout the year to highlight the bounty of the seasons. A whole roasted trout from Wisconsin may be on the menu year-round. In the spring, it can feature asparagus and morel mushrooms or fresh peas and radishes; in the summer, local Iowa corn or tomatoes; and in the fall, apples and brussel sprouts.

The spontaneity of what we can procure day to day is part of what keeps the food interesting and fresh, we hope that you will embrace this vibrancy as much as we do.

A Master Class in Experience

Chef Sam is an Iowa City native and a graduate of the Culinary Institute of America in Hyde Park, New York. Sam first took inspiration from the PBS cooking show Great Chefs and landed his first job in the kitchen at Givanni's, later working at the State Room in the Iowa Memorial Union here on the campus of The University of Iowa. Sam knew a professional chef was to be his future.

After graduating from the Culinary Institute, Sam took a job at Clio in Boston under the eyes of renowned Chef Ken Oringer. It was there at Clio where he met his future wife, Riene, a native of Tucson, and a sociology major from the University of Arizona, who worked the front of house. Together they formed a strong bond, an affection for the industry, as well as each other....

Together, they moved to New York City where Riene worked front of house for Tom Colicchio's Craft, a high-end farm to table restaurant. In doing so, Riene honed her skills with the extensive training and education offered to the staff; Wine Tastings, trips to breweries and oyster farms—all to gain a better understanding of what makes an outstanding product for both the restaurant, and the customer.

Meanwhile, Sam settled into his own niche. He met Chef David Chang while at Momofuku Ssäm Bar, where he scored the job that put him on the international culinary map: helping to open Momofuku Ko in Manhattan as the sous-chef. By 2010 Ko had earned 2 Michelin stars and has maintained the Michelin standard for over a decade.

In 2013, now married to Riene, Sam was tasked with opening and serving as executive chef of the Momofuku Toronto complex, containing three restaurants and a pastry outpost (Momofuku Milk Bar, famous for its Crack Pie). his work in Toronto — including sourcing foods from local providers, hiring Canadian staff and pioneering the “best restaurant in Toronto,” according to the Globe and Mail — earned him high praise.

In 2019 we returned to Sam’s hometown to raise our family and build a warm, convivial, and vibrant restaurant of our own.

The location where the Webster now occupies was once the location of Pearson's Drug Store with it's charming lunch counter and soda fountain.

"It was amazing, it was a drugstore up front and they had a small lunch counter in the back with an old-school soda fountain." says Sam.

"My father worked and continues to work across the street, and my grandfather worked at Mercy Hospital, so when I was a kid, I would come down and have lunch with either my grandfather, my father, or both. This is where I first came to experience the beauty of community."

"That counter was where I enjoyed egg salad sandwiches and strawberry milkshakes."

It is in fact, where the counter was physically located, you will find 'The Chef’s Counter' which will soon offer four dedicated seats, available by reservation only, overlooking the kitchen. Here you will be able to try curated, multi-course menus tailored to personal guest preferences with direct chef interaction.

“I just would ask people to just be open in general, to embrace new things. Hopefully we’ll be able to gain the trust of people who put their meal in our hands.”

Welcome to the Webster